Our anniversary was on the tenth so we decided to do a stealth trip into Kalispell to go out to eat, do some shopping, and watch a movie. We didn't quite follow the plan.  When we got to Kalispell we stopped at the theater to see waht time the afternoon movie began.  After that we went to eat at a favorite Chinese restaurant.  Our next stop was at the county animal shelter to look into getting another dog.  We ended up with three favorites and finally narrowed it down to one.  (It was hard to not take all three.)  The deciding factor was that when you put your hand into the cage with this one it would lean against the wire so you could pet him better.  She had some other good traits too but this one was unique to her.  She was a stray picked up on the highway.  Estimated age is one-year-old.  I think she's a little younger than that and will still get bigger so we'll see who's right.  She was adopted out once by an older couple but returned the next day for being to "wild."  She's young but has had some experience riding in a car before and someone has worked with her a little bit.  We think someone got her as a puppy and dumped her when she got past the puppy stage.  Once we got her home and let her run a bit she's not quite as hyper.  She's extrememly affectionate and comes when called even when she's chasing the cat.  She seems to get along well with the chickens and goat although we'll be watching her close for awhile to be sure.  She's already taken up ownership.  When our son got home later in the evening she almost chased him back into his truck before we made some introductions.  We spent quite awhile at the animal shelter and never did get to the movie and didn't make as many stops in town either.  It wasn't just the dog.  The starter is going out on the Cherokee so we stopped at the reloading supply store (Brass and Bullets in Kalispell) and I bought more powder, primers and bullets.  We filled the car with gasoline, made two other stops and headed home. 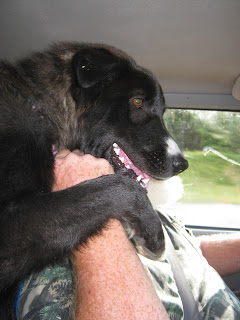 The dog kept wanting to drive. 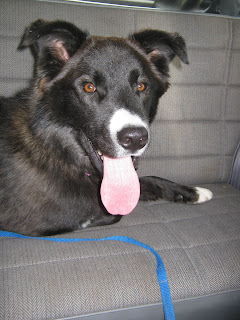 Susan finally got her to sit still long enough for a picture.  We named him "Odie" because when she's panting her tongue almost touches the ground like the dog in the Garfield cartoon. 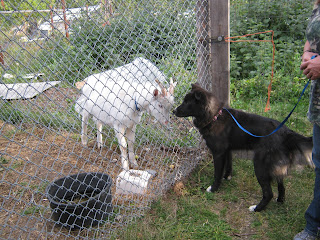 Dog meets goat, goat meets dog.  The goat got scared and all the hair on his back stood up and he just kind of puffed up like a cat.  I didn't know goats did that. 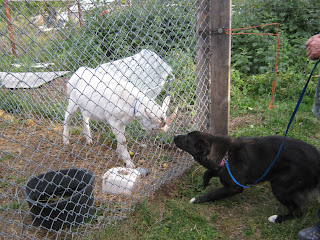 Cat and dog meet ... from a distance.  The cat wants us to take it back. 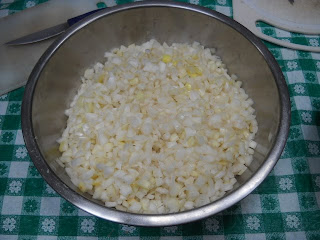 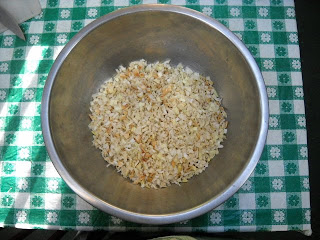 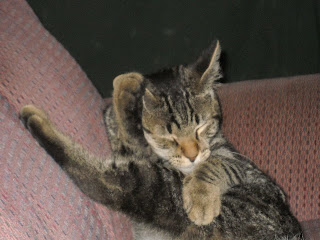 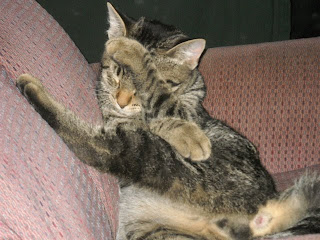 The two pictures above were taken within less than a minute of each other.  This cat sleeps in the oddest positions. 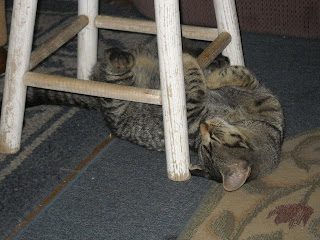 This picture was taken this morning. 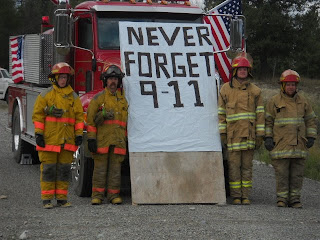 Our son took part in the fire department's tribute to those who died on Sept. 11, 2001 today.  He and the volunteer firefighters with him spent several hours out there on a cold cloudy day.  (He's the tall one.) 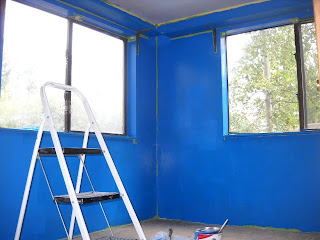 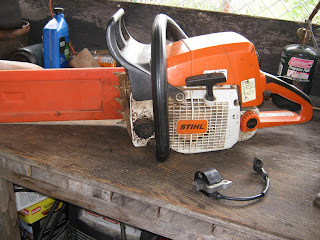 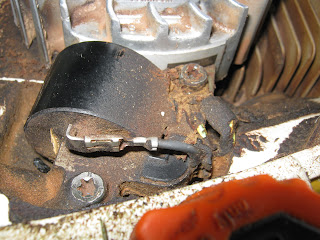 This is the old coil.  It's located under the cover for the recoil starter.  It's easy to find but but nt so easy to get out! I couldn't find my set of brass (non-magnetic) feeler guages (I think my oldest son borrowed them.) so I tried different thicknesses of paper to arrive at the air space between the coil and flywheel.  It turned out that an index card was just the right thickness.  I didn't have the right specifications so I measured the air gap on the old coil and will set the new one the same. 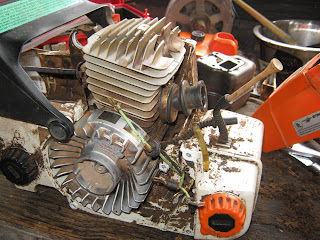 I had to disassemble the saw to change the coil.  You can see the magnets in the flywheel from this angle. 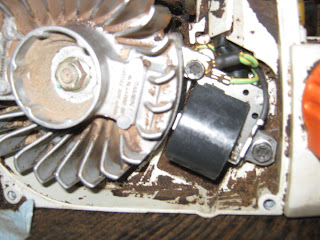 The new coil installed and the air gap set. 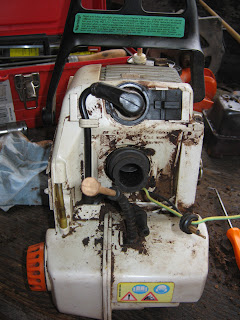 The plate between the carburetor and cylinder head installed.  I used a gold tee to plug off the fule line so it wouldn't leak while I was working on it.

The handle housing and carburetor installed. 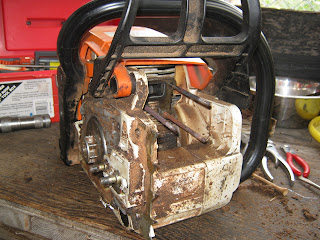 The safety bar mounted to the frame and the handle housing screwed in place. 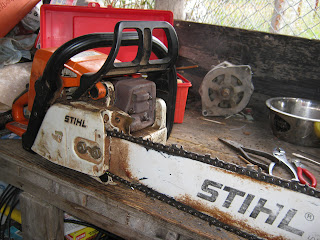 The bar and chain re-installed along with the muffler.  It's now ready to start.  It started easy as it should so tomorrow I'll give it a good workout if it isn't raining. 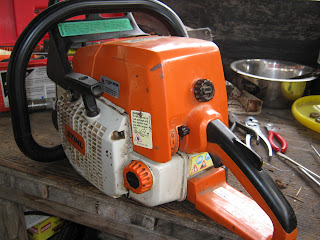 Air filter and cover installed.  This picture should have been before the picture above. 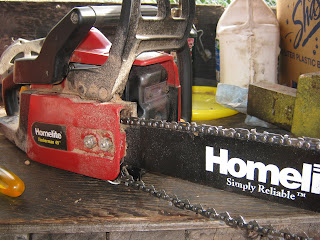 The Stihl started and ran great so I decided to put a new chain on the Homelite.  Only problem ... the new chain we bought is the wrong one.  I took the old cahin off wrapped it in a paper towel and put it in the car.  We'll just take it with us next time we're in town.
Saturday, Sept. 11

We headed in to Eureka this morning.  We checked the mail on the way through Fortine and we had checks waiting for a couple of articles we wrote and also had an envelope from Primitive Archer with five copies of the Oct./Nov. issue in it.  An article I wrote on making the Flemish Twist bowstring is in this issue and when they publish an article they send five copies of the magazine to the author.  One f the things I like about this magazine is that they do a very good job with the pictures that accompany/support the article.  This one is no exception.

We bought a bag of alfalfa pellets for the goat for the times we'll be gone all day and need something to feed him when we can't let him out to browse.  We can't leave him out unless we're here becasue he sometimes get tangled up in the lead rope and we worry about predators getting him if he's alone outside the pen.  It isn't unusual to have coyotes, bears, mountain lions and wolves in the area and all of them like the way goats taste.  We've had friends lose livestock to large predators (usually wolves or mountain lions) and would rather not have that happen to ours.

We went to the grocery store.  We were interested in the bananas, ice-cream and hamburger they had on sale.  When you can meat you miss out on grilled hamburgers so we buy hamburger on occassion. I tried to get starter bushings and brushes for the starter on the Cherokee but the parts stores in town can't even get them anymore.  They'd be happy to sell me a remanufactured one for $73.00 and up though.  I could fix this one for $10.00 if I can find the parts.  I'll check on Ebay tomorrow.  We stopped at the hardware store and bought a new chain for the Homelite saw.  It was the wrong one so we'll take it back and they'll hopefully have the right one.  The hardware store in Columbia Falls could make up their own chain which made life easier for their customers.  We made a quick stop at the health food store for some stuff then headed for Fortine.  We made a stop at the Fortine Merchantile (a small  grocery store or large convenience store depending upon how you look at it) and I bought some files for sharpening saw chain (they have the best price around) and Susan got some tortilla chips.  We then headed for home.  We had the dog with us this morning and had to do some training on manners.  She seems to thin she should get out every time the door is opened and wasn't waiting to see if anyone was in it.  We had her doing much better by the time we got home.

After getting home I replaced the coil on the chainsaw and Susan painted the room.  We are suscpicious the dog may have stolen and ate some eggs from the chicken house.  I was sure the lower nest box had several eggs in it when I let the chickens out but when I went to gather them later the lower box was empty.  I got three out of the uppoer box but there were probably six or more in the lower box.  I think from now on when I let the chickens out I'll collect the eggs then.
Posted by Steven Gregersen at 9:39 PM 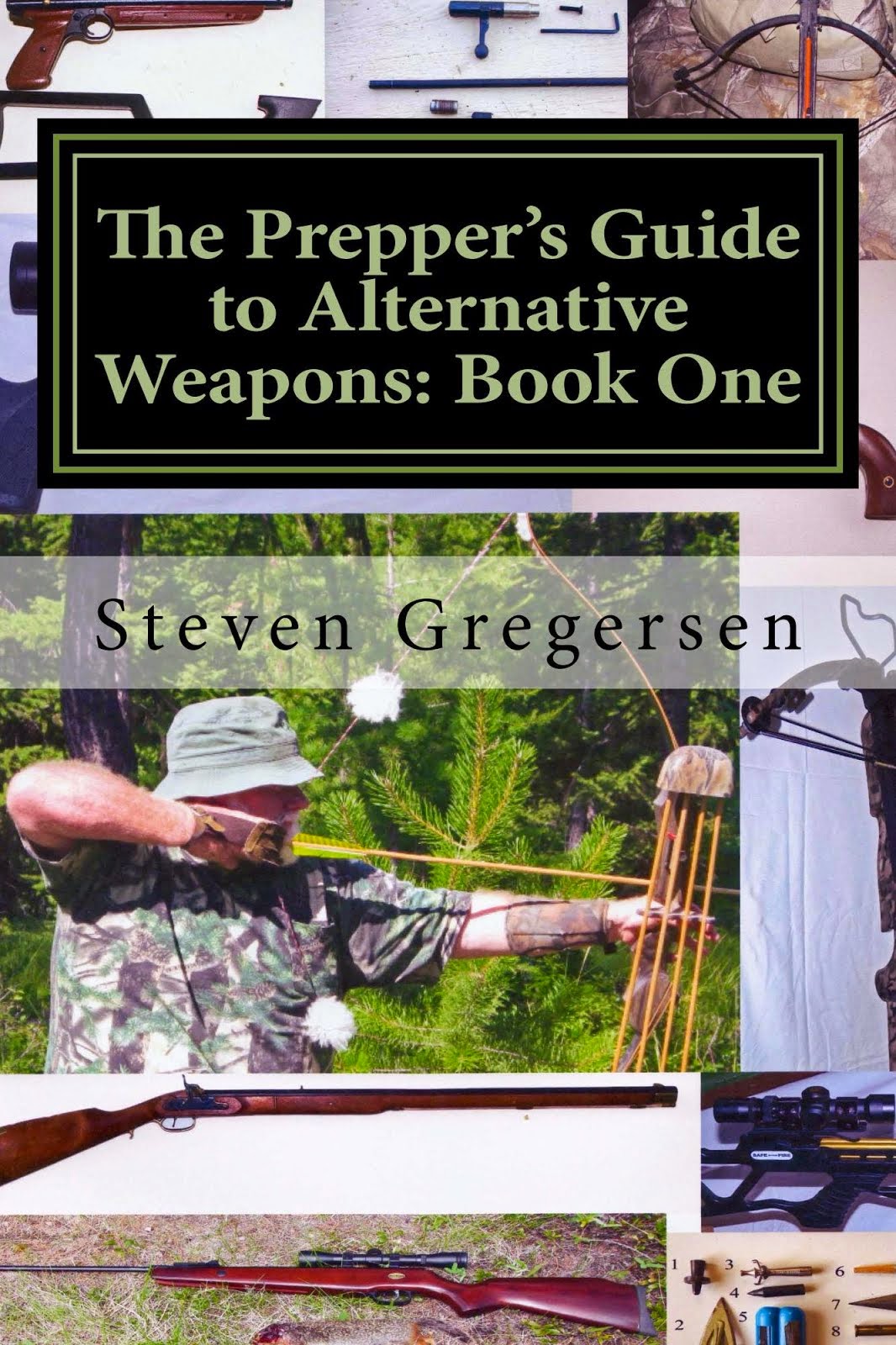 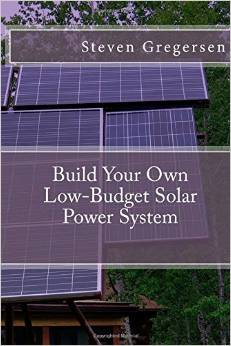 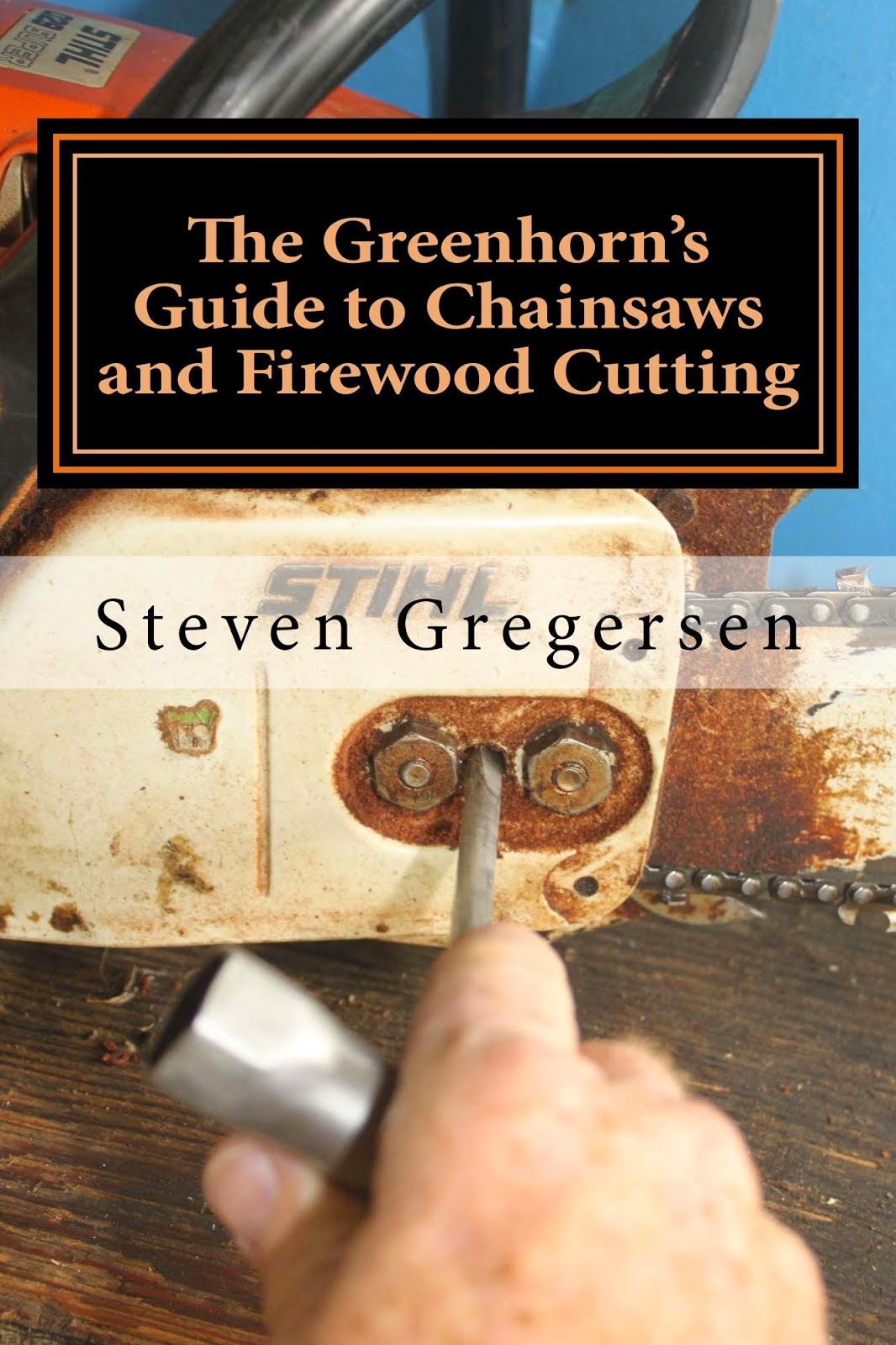 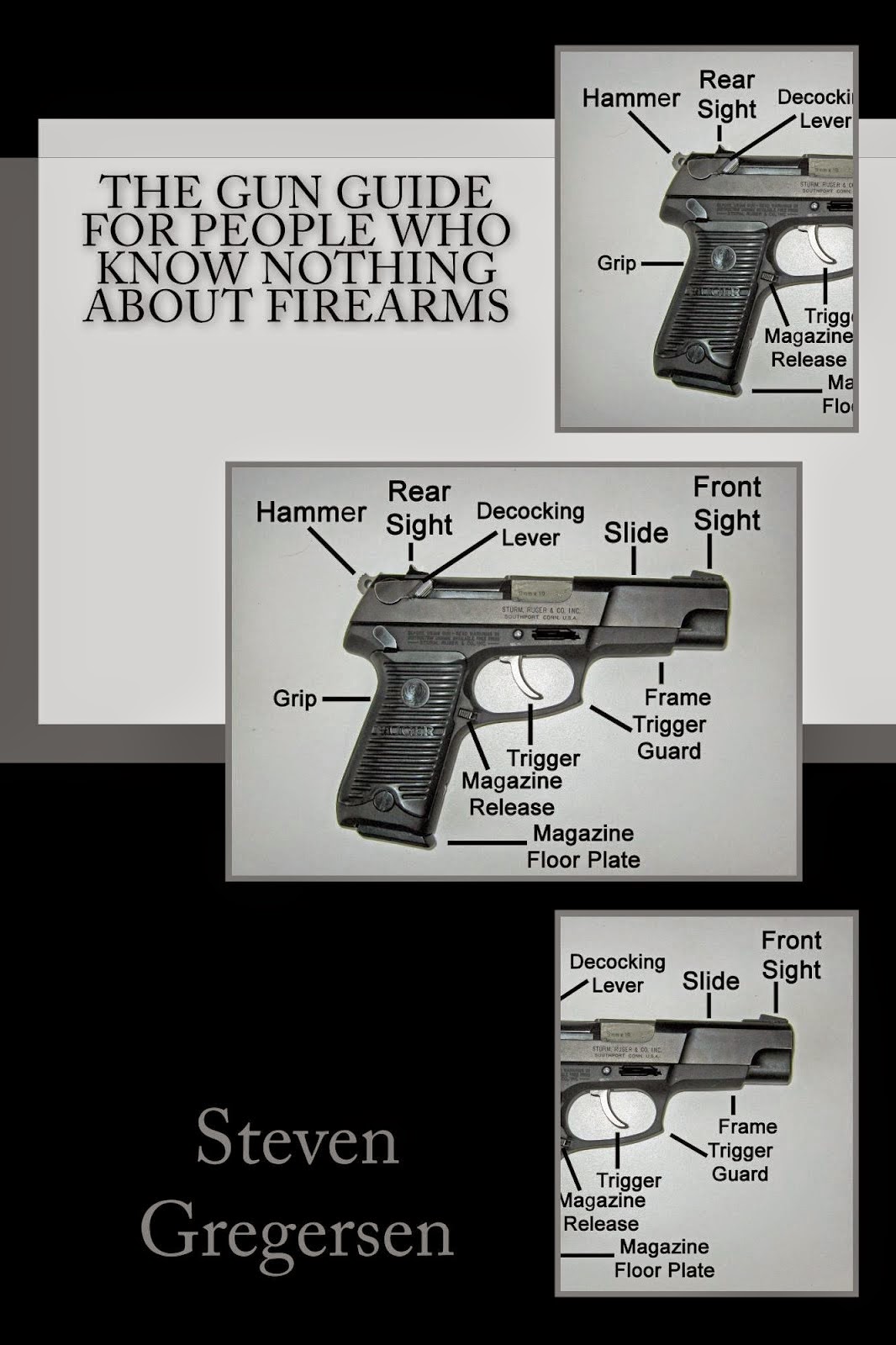 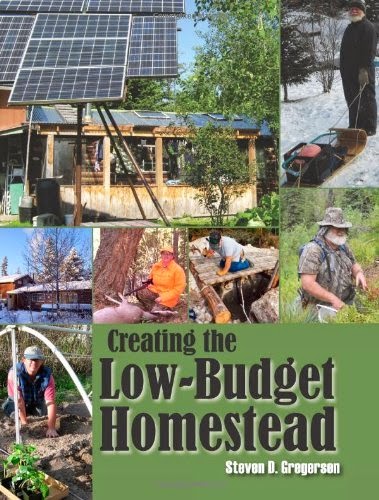 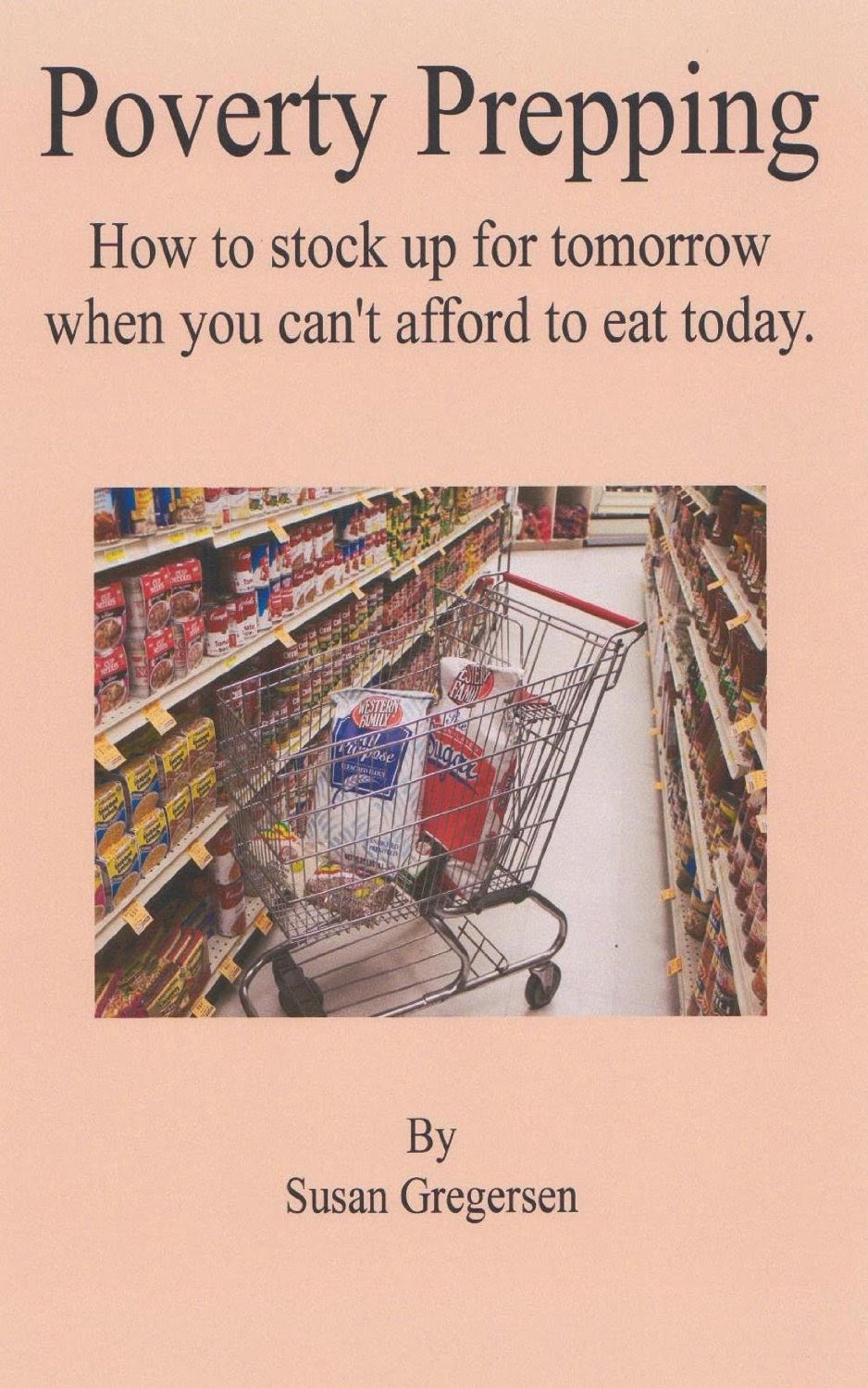